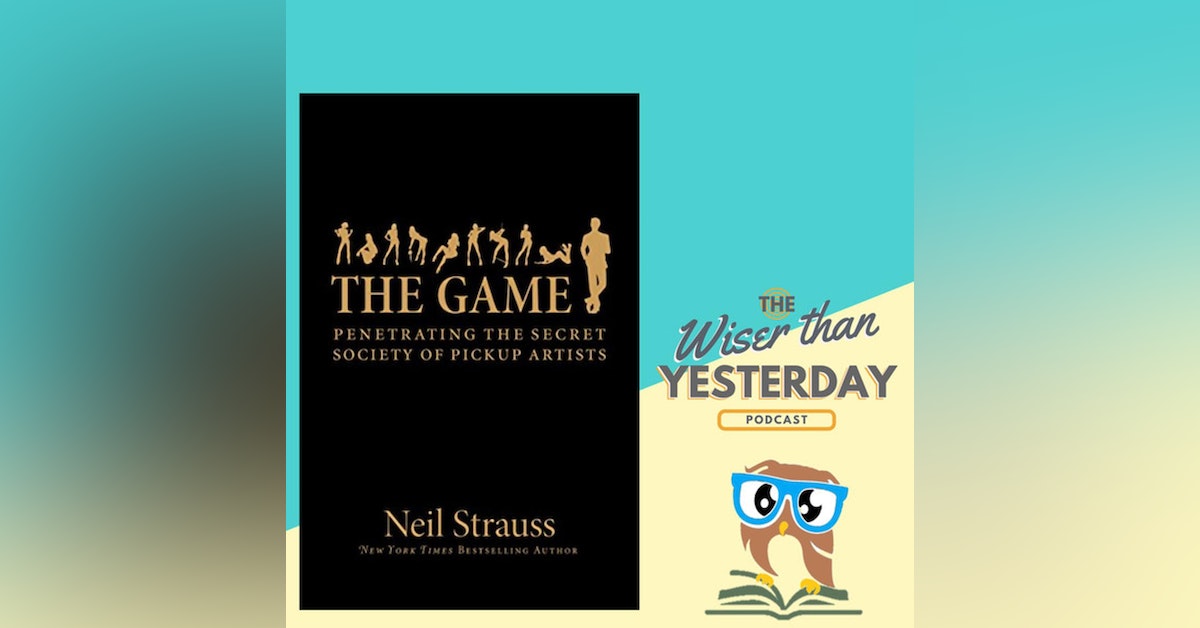 Investigative reporter Neil Strauss chronicles his journey and encounters in the seduction community. An interesting tale into how our minds can be lead in seduction and the dangers of seeking the wrong things.

Season 1
The Game: Penetrating the Secret Society of Pickup Artists (also known as The Game: Undercover in the Secret Society of Pickup Artists) is a non-fiction book written by investigative reporter Neil Strauss as a chronicle of his journey and encounters in the seduction community. The book was featured on The New York Times Bestseller List for two months after its release in September 2005, reaching prominence again in 2007 during the broadcast of the VH1 television series The Pickup Artist, which was hosted by Mystery, Strauss's mentor in the book. In its original published hardcover format, the book was covered in black leather and bookmarked with red satin, similar to some printings of the Bible. Despite the reputation that The Game has gained as an exposé on the seduction community, it was primarily written as an autobiographical work. The follow-up book, Rules of the Game, relies more on the how-to side. An interesting book to discuss that polarises a lot of people. We enjoyed taking a step back from what it tries to teach you. We instead reflect on the broader lessons in the book about humans in general. There are many insights into our psychology, society, and how we can become a better version of ourselves without using others. The book makes an interesting contrast to the next book all about Feminism, 'Invisible Women' which is a hugely insightful dive into so many things that are wrong with society.