The final days of Socrates - Plato 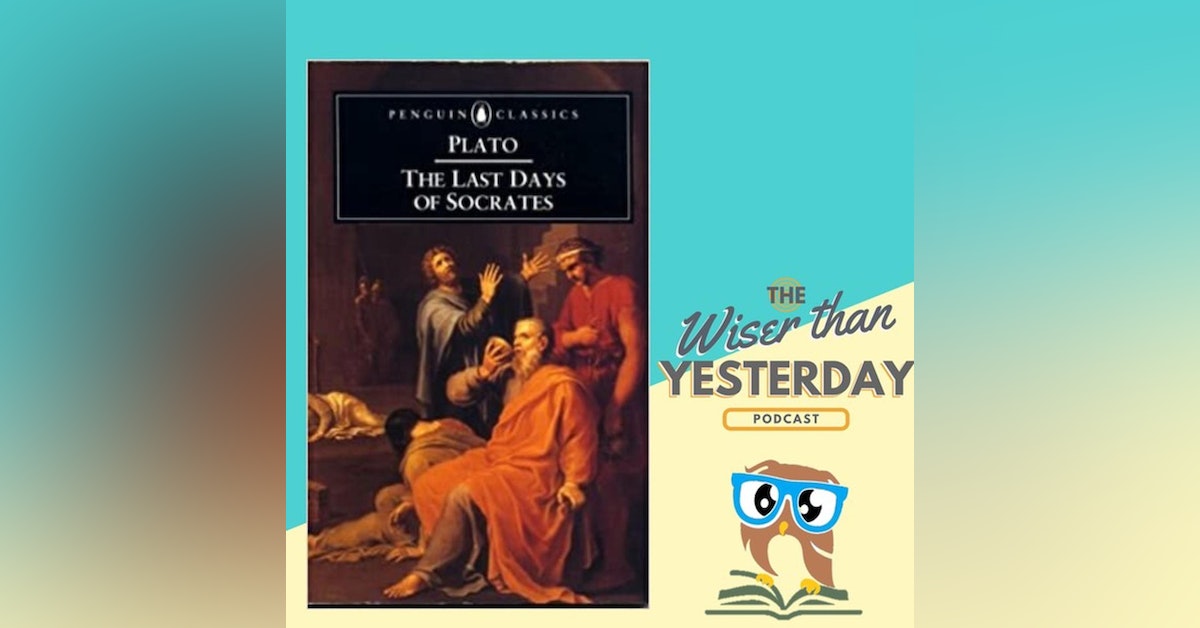 Describes the trial and death of Socrates in 403 BC.

Season 4
The Last Days of Socrates A Philosophy book by Plato that is divided between 4 parts Euthyphro Takes place just before Socrate's trial is about to begin The Apology Plato uses his dialogues to tell the story of the trial of Socrates as he energetically defends himself against the charges of heresy and corruption of youth Crito - Socrates friend Crito, has come to help him escape and Socrates counters crito's arguments choosing to stay in prison and accept his fate Phaedo Plato uses Socrates to espouse his belief of the immortality of the soul. Death should be welcome to the philosopher because it is then that he will attain true wisdom and get rid of the distraction of the body. The version we read consisted of The apology and the Phaedo. The Apology The Apology reads as essentially a monologue, Plato casts Socrates’ speech as an implied dialogue with his accusers, the assembly, and the larger community of the city. And because the charges call into question Socrates’ lifelong public career as a philosopher, The Apology is Plato’s most explicit defense of philosophical inquiry as essential to the well-being of society. First, Socrates explains why he does what he does. He was told by the oracle of delphi that he was the wisest of all men. He didn’t believe it, because he knew that he knew almost nothiing. So he made iit his mission to find someone wiser than him. ## The Phaedo Nothing is written from the point of view of the author - Plato In a Platonic dialogue, no single character represents the author’s opinions. Instead, we encounter a series of conversations and speeches in which the characters affirm and deny one another’s statements while engaging in cross-examination. Every statement is subjected to ongoing inquiry; at its conclusion, a dialogue leaves the impression that more avenues for investigation have been opened than existed at the beginning. The character of Socrates, the most likely spokesman for Plato, is typically the sharpest questioner and often seems to have the upper hand. However, even when he presents fully formed theories, they are put forward only as hypotheses to be examined, not as doctrine. In fact, Socrates repeatedly insists that his only wisdom is in knowing what he does not know and in his willingness to join with others in the pursuit of truth.